Researchers Shed Light on the Evolution of Extremist Groups

Findings suggest new strategies to limit the growth of groups like the Boogaloo and ISIS
May 20, 2021 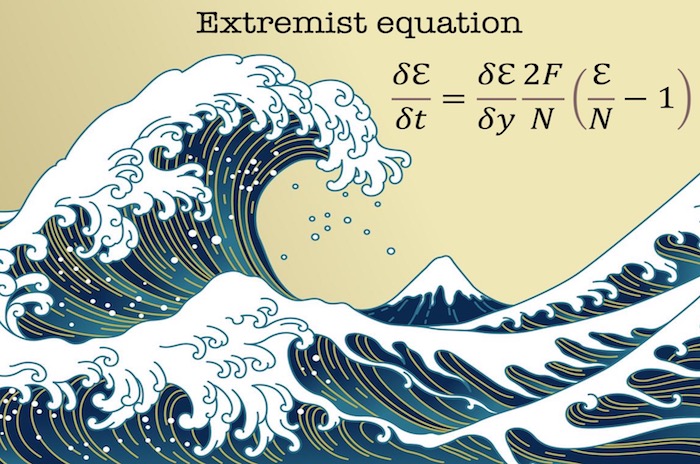 WASHINGTON (May 19, 2021)—Early online support for the Boogaloos, one of the groups implicated in the January 2021 attack on the United States Capitol, followed the same mathematical pattern as ISIS, despite the stark ideological, geographical and cultural differences between their forms of extremism. That’s the conclusion of a new study published today by researchers at the George Washington University.

“This study helps provide a better understanding of the emergence of extremist movements in the U.S. and worldwide,” Neil Johnson, a professor of physics at GW, said. “By identifying hidden common patterns in what seem to be completely unrelated movements, topped with a rigorous mathematical description of how they develop, our findings could help social media platforms disrupt the growth of such extremist groups,” Johnson, who is also a researcher at the GW Institute for Data, Democracy & Politics, added.

The study, published in the journal Scientific Reports, compares the growth of the Boogaloos, a U.S.-based extremist group, to online support for ISIS, a militant, terrorist organization based in the Middle East. The Boogaloos are a loosely organized, pro-gun-rights movement preparing for civil war in the U.S. By contrast, ISIS adheres to a specific ideology, a radicalized form of Islam, and is responsible for terrorist attacks across the globe.

Johnson and his team collected data by observing public online communities on social media platforms for both the Boogaloos and ISIS. They found that the evolution of both movements follows a single shockwave mathematical equation.

The findings suggest the need for specific policies aimed at limiting the growth of such extremist movements. The researchers point out that online extremism can lead to real world violence, such as the attack on the U.S. Capitol, an attack that included members of the Boogaloo movement and other U.S. extremist groups.

Social media platforms have been struggling to control the growth of online extremism, according to Johnson. They often use a combination of content moderation and active promotion of users who are providing counter messaging. The researchers point out the limitations in both approaches and suggest that new strategies are needed to combat this growing threat.

“One key aspect we identified is how these extremist groups assemble and combine into communities, a quality we call their ‘collective chemistry’,” Yonatan Lupu, an associate professor of political science at GW and co-author on the paper, said. “Despite the sociological and ideological differences in these groups, they share a similar collective chemistry in terms of how communities grow. This knowledge is key to identifying how to slow them down or even prevent them from forming in the first place.”

The paper, “Hidden order across online extremist movements can be disrupted by nudging collective chemistry,” appeared May 19 in Scientific Reports.