NIL – the Name, Image and Likeness policy that allows college athletes to profit off themselves – is changing the landscape of college athletics, says one George Washington University professor after recent shakeups in the college football recruiting season. With the policy now more than a year in effect, student-athletes who previously committed to schools are changing their minds and going elsewhere. Take Cormani McClain, a top-ranked player in the 2023 college football recruiting class, who flipped to Deion Sanders and the University of Colorado after initially pledging to Miami. It's the latest high-level player Sanders has pried away from other schools that they were previously committed to.

If you’re looking for more context on the matter, please consider Meredith Geisler, a visiting assistant professor of sport management at GW’s School of Business. Prior to her appointment at GW, Geisler was senior vice president of communications for Tandem Sports + Entertainment, a full-service sports and entertainment agency with expertise in athlete management, talent representation, marketing, communications and publicity services.

“NIL and the transfer portal have forever changed the landscape of collegiate athletics. The playing field has been leveled between colleges and between player and coach,” Geisler says. “The balance of power is now more even between the teams. Non and lower ranked college programs who have the donors to offer large NIL funds will now be able to compete with the top ranked programs.”

“Additionally, the new rules have evened out the balance of power between a player and university. In the past, coaches had all the power. Now players have an out without penalty which has evened out the leverage between coach/university. And it is giving college athletes with a future in professional sports an early lesson in free agency.”

If you would like to speak with Prof Geisler, please contact GW Media Relations Specialist Cate Douglass at [email protected]. 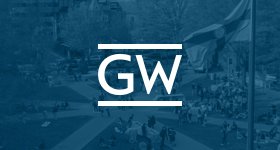